part of the ARiSE Project (link)

The relationship between the SST anomaly associated with an El Nino event and the resulting surface wind anomaly (which in turn will influence the SST) is nonlinear for several reasons, including the nonlinearity inherent in atmospheric dynamics. This means that the response to a deep heating will depend on the background circulation, and often exhibits a response to opposing signs in a convective heating anomaly that are not equal and opposite. Furthermore the effect of transient atmospheric systems can modify the response in a way that is not symmetrical about the sign of the convective heating anomaly. 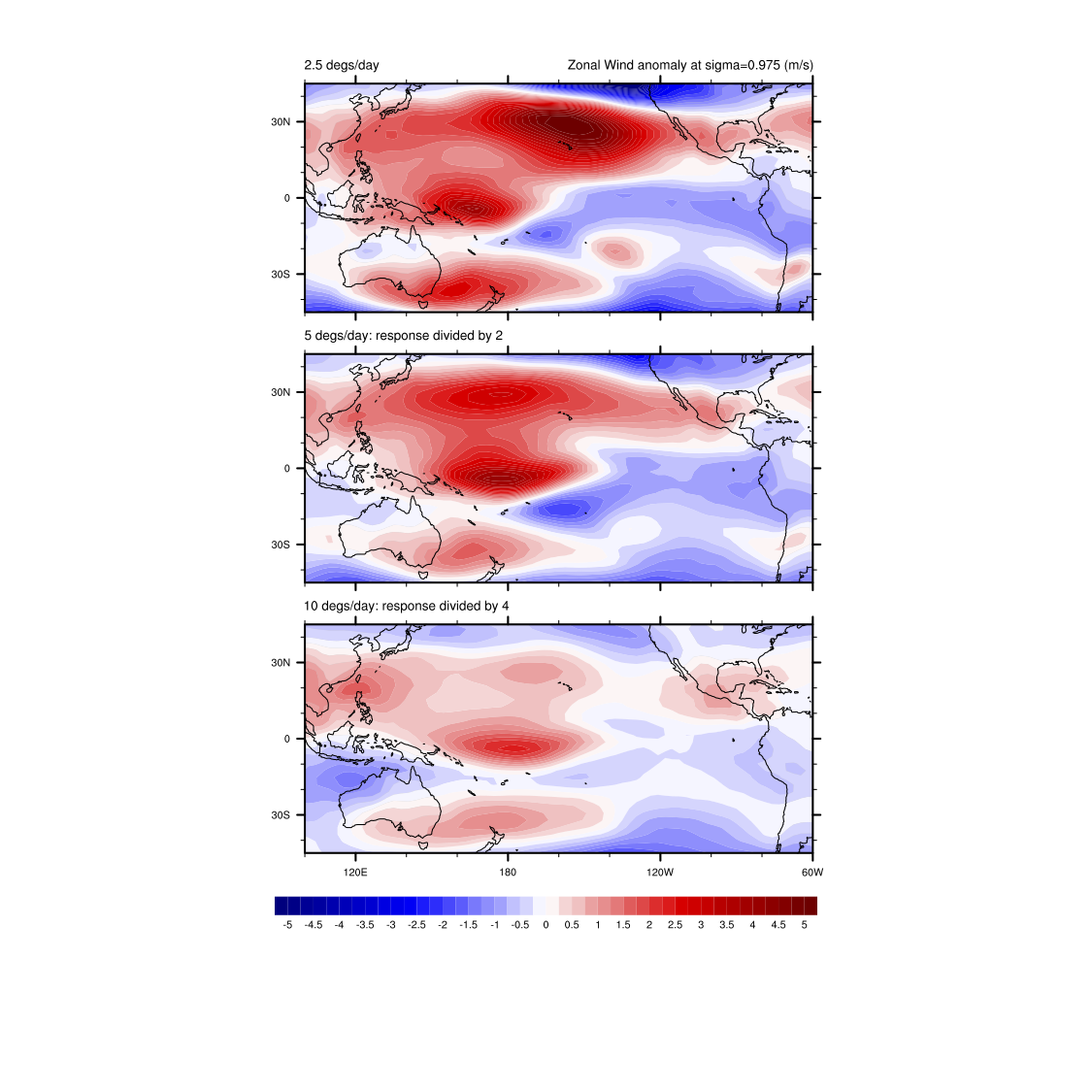 A preliminary result from the DREAM model shows this in terms of the low level wind from a long term mean with an idealised deep convective heat source in the equatorial mid-Pacific. Three cases are shown with increasing amplitudes of heating. The response has been scaled such that if it were linear, the three plots would be identical. Clearly there is a nonlinear saturation effect, currently under investigation.